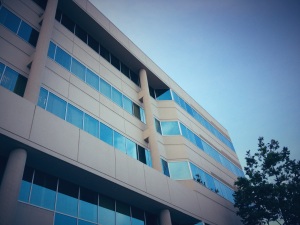 Today I met with Dr. Paul Demare at St. Francis hospital in Ewa.  He will be my radiation oncologist.

As anticipated, radiation will take six weeks.  I’ll be going five days a week.  Dr. Demare wants to get started about three weeks from now so that I can continue to recover from chemo.  I have one more pre-radiation visit, during which I will get tiny tattoos just above my clavicle and on my chest to help them aim the machines.  I’m sort of excited about this.  I’ll have tiny badges of honor.

Dr. Demare strongly recommends returning to my old workout routine to combat the fatigue I’ll more than likely experience late in the treatment.  I’m not ready to fully resume yet, but I can work my way back up.  It’s a goal.

The date has been set for the removal of my port.  It comes out on September 25th.  Dr. Nguyen thinks it’s important to have it removed as soon as possible.  He told me that he’s known patients who wanted to hold onto it “just in case”, but he thinks it’s important that we all move on and let go after treatment is over.  Personally, I can’t wait to get it out.

These past two weekends have been filled with peace and light.  Last Sunday, we overslept and missed mass at Sacred Heart, but on our nightly walk, we passed the church here in Mililani and heard the beginning of the mass and decided to go inside.

I was reminded that the last time I was in that church, it was Ash Wednesday of 2011.  March 9.  I remember that day so well.  It was raining, and I couldn’t find parking.  I had to drive the kids to school and traffic was bad, so I was a little late.

I felt so strong that day; so sure I could handle anything God threw my way.  My faith wavers all the time, but that day, it was there, and I just felt that no matter what, someone had my back.

I was diagnosed 364 days later.  I know now that someone does have my back, but it’s the people here, in my home.  I still haven’t fully worked out the whole higher power thing, I guess.  I’ve gotten guidance when I’ve asked, and I’m still alive, so I’m not ready to count it out just yet.

Yesterday, we went to the beach.  I hopped on Alex’s boogie board for a little while.  It was the first time I’d gotten wet in the ocean since April.  It made me so happy, almost unreasonably so.  The taste of the ocean and the feeling of the warm sun on my skin gave me something I didn’t even know I was missing.